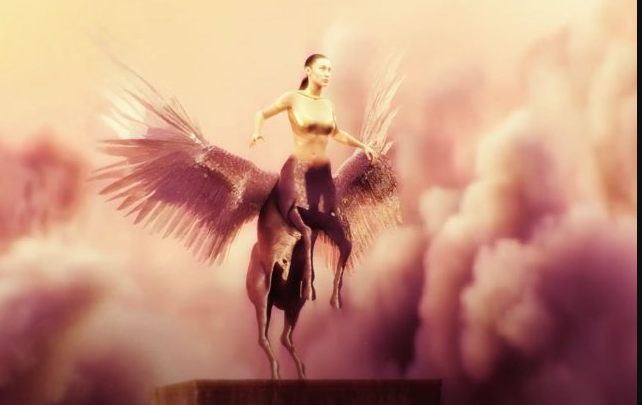 In this peculiar year due to the health crisis, the fashion industry and artists have been forced to adapt. Technology has been one of their main allies. Since borders were closed and mass gatherings were banned, designers have had to find ways to come up with, more innovative techniques to present their collections virtually.

In November, we saw how Gucci organized the GucciFest, a mini festival with several designers. Since then, other artists like Demna Gvasalia have not wanted to be left behind. For Balenciaga's fall-winter 2021 collection, he presented Afterworld: The age of Tomorrow, a multiplatform experience in which he used the latest capture technology.

However, this is not the first time that the fashion and technology worlds have collaborated. Both Louis Vuitton and Prada have dressed the occasional character from League of Legends and Final Fantasy games. Throughout this, we have witnessed a new generation of designers - such as Casey Cadwallader - teaming up with digital artists with the aim of pushing the boundaries of what can be achieved with emerging technologies.

With the arrival of the autumn-winter 2021 collection that Balenciaga presented through a video game, not only the press, but also the players realized the exciting possibilities that come when luxury and the virtual world merge. Several studios from around the world joined the project, including Dimension Studio, Substance & Inhalt and Streamline. The project was set in a city in the year 2031 and immersed the viewer in an immersive adventure. Dimension Studio, located in Paris during the confinement, used a mobile Polymotion stage (a truck with 106 cameras) to capture the images of 50 models and turn them into avatars for the video game. According to Simon Windsor, co-founder of Dimension Studios, this is just the beginning of a new era in which the universe of brands has found its place to expand. Designers are presenting their collections in new and original ways and customers are enjoying unique and valuable experiences with brands.

In this future, the only limit is our imagination. New technologies make it possible to change the way fashion brands think creatively and make the experience personalized for the customer. By moving from the physical to the virtual, brands have an infinite number of possibilities to create interactive paradises in which the public is immersed: without geographical or temporal limitations. In the universe of creativity, there are no limits.

For Mugler's spring-summer 2021 collection video, Casey Cadwallader wanted to transform her friend Bella Hadid into a digital avatar. That is when the director, Florian Joahn, turned to Andrei Warren of Misato Studio. Cadwallader oversaw everything from afar (Paris), while state-of-the-art cameras scanned Bella Hadid from across the Atlantic Ocean to create the virtual avatar.  Subsequently, the model became a hybrid between a Pegasus and a centaur coming out of the Palais Garnier and ready to fly. The challenge was to animate it and make it look real.

Design as a weapon to fight a war

Edith Head won more Oscars than any other woman

The mirror: a key part of interior design

Scams and forgeries in the art world

Your home, a reflection of your personality: decorating tricks

The 3 artists' workshops in Paris not to be missed